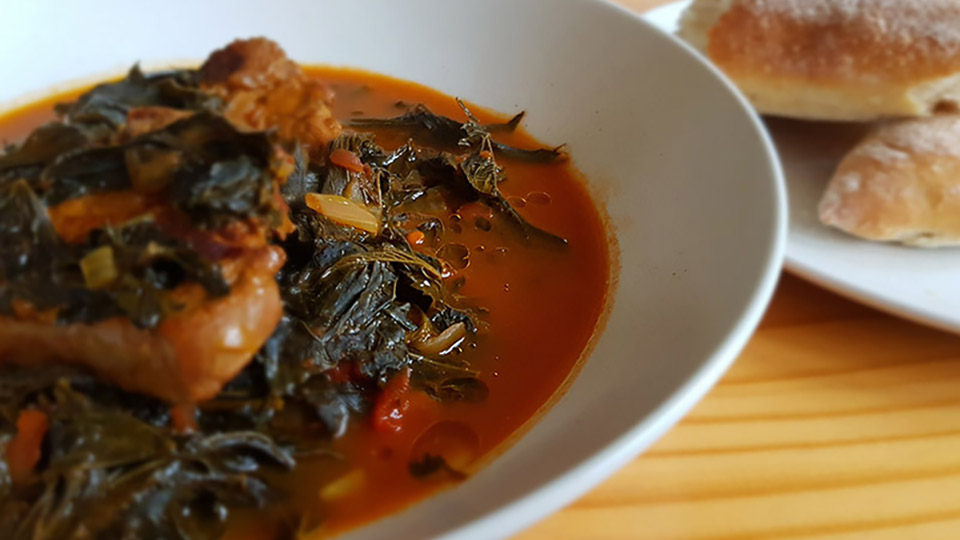 Posted at 16:39h in Recipes by Admin
0 Likes
Share

I’ve been feeling a lot of Molohiya love from all my people on Instagram, Twitter, Facebook, Pinterest…social media, over the last few days and so thought I’d better post a recipe up double quick!  It’s summertime, I’m back in the motherland and over the last week have been embroiled in some serious Molohiya leaf action.

As a rule, during these hot months, apart from making jam and lemonade, most Cypriot folk pick and dry Molohiya. 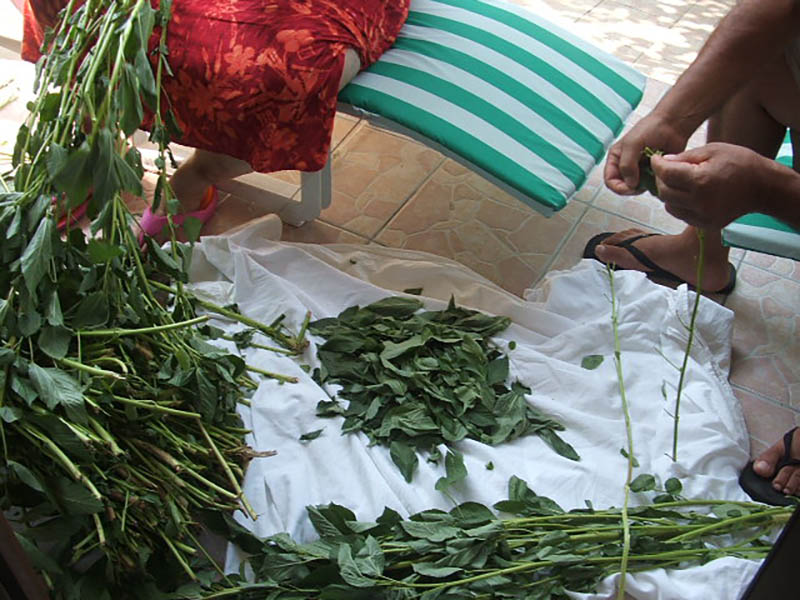 Old bed sheets are laid out, Molohiya picked and leaves removed from their branches (it’s a tough job), sprinkled over the sheets and put out in the sun or spare room to dry.  Once dried the Molohiya is piled into old pillowcases and knotted up, stable fodder for those winter months.  Of course, what do us British Cypriots love to do in the Summer?  Well, apart from swarm in droves back to the motherland, once the holiday is over, we take those Molohiya stuffed pillowcases and transport them back to England for a regular taste of nostalgia when we’re home sick.

Now that bringing back halloumi, dried anari cheese (nor), baskets of fresh figs, babutso (prickly pear), and any other fresh or desirable product of Cyprus has been banned, the last staple food left untouched is Molohiya.  Apart from the fact Molohiya is as light as anything so won’t infringe on your baggage allowance, they last for ages in their dried state.  Of course, you can get Molohiya from most Turkish and Cypriot delis nowadays so don’t worry if you haven’t got Cypriot relatives or feel like hauling pillowcases on the airplane. Not least because customs may well think it’s another type of leaf…and you could get body searched! 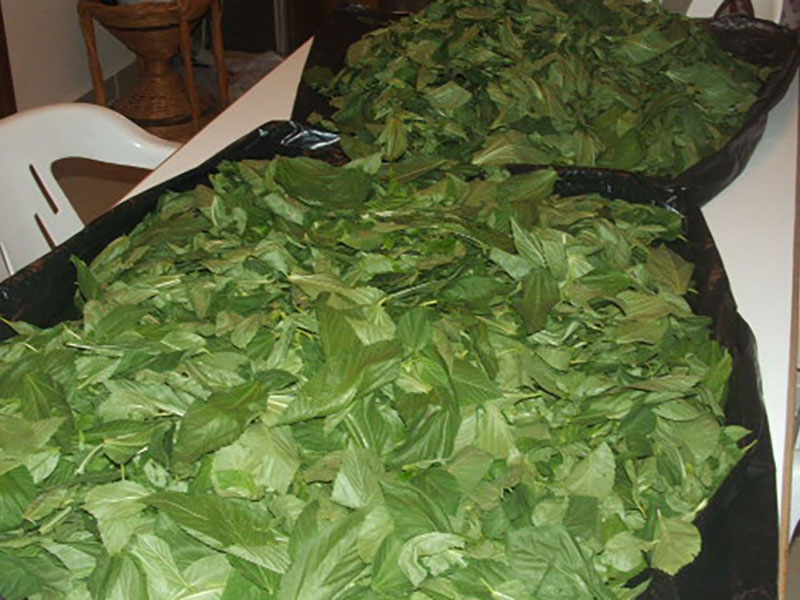 Molohiya is indigenous to Cyprus and was originally found growing on the banks of the River Nile in Egypt so living proof of Egyptians influence on Cyprus.  It is a tall green plant and has an unusual, leafy smell (poor description I know but it is quite unique).  It’s been called Mallow by some in English, representing a family of plants, as well as Jute.  Personally, I’d say Molohiya is just plain old Molohiya.  If in Cyprus then if it’s not being dried, it can be cooked from fresh which doesn’t take as long (2 hours rather than 3).  The Egyptians cook it similarly to the Cypriot method using lots of freshly chopped tomato, onions, garlic, lemon juice and meat (but can also be made vegetarian).  It is a gorgeous, traditional dish that tastes even better the next day (I like mine cold for brekkie!).  It does take a bit of time to cook but worth the effort.  Eat with rice or lots of bread.

6-7 fresh tomatoes on the vine, chopped (1 x 400g can chopped plum tomatoes will also do)

2 litres or more of boiled water or stock

Tip: The Molohiya can also be chilled and eaten the next day when the flavours have fully developed.  It can also be frozen and defrosted when needed.